Think About Other People.

A study of “SuperAgers” – those maintaining remarkably sharp memories into their 80s and 90s – reveals they have less brain shrinkage, plus a thicker cortex and anterior cingulate. Although it’s unclear if it’s cause or effect, they’re also more social, avoiding the isolation common among their peers. “When you get old, people are mainly interested in themselves. They talk about the doctor, what hurts,” says 92-year-old Edith Stern, a study participant. She goes on, “You are not so important that you just concentrate on yourself. You have to think about other people.”

1. Be a good listener. That usually means talking a little less, thinking before you speak and being fully present – you know, giving your undivided attention. Because what you hear and understand is quite possibly way more important than what you’ve got to say.

2. Do the right thing. There’s usually a quicker way and probably an easier way. There’s also an I-don’t-care-who-gets-in-my-way way. But there’s a right way, too. Ethical. Responsible. It’s the way that requires moral courage. And it’s the path. A leader does the right thing, simply because it’s right.

3. Ask better questions. Anybody with a big enough stick will find answers. But when you really want to get somewhere, you search for insight. That’s the we’re-in-this-together-and-I-want-your-input approach. And naturally, when you ask others for their perspectives, it’s pretty clear to them that you care.

4. Offer support. You serve them. Not them, you. So build bridges and knock down barriers to help them do and be their best.

5. Relinquish control. Let go. Empowerment means the other guy can do it. And will.

He fed stray cats and went to jail for 9 days. Turns out it’s against the law to feed stray cats in Gainesville, Texas, but this 76-year-old fed them anyway, then refused to pay the $900 fine. Albeit less hungry, the cats to this day remain indifferent. Because, uhhh, they’re cats. 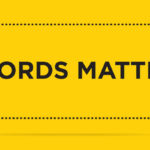 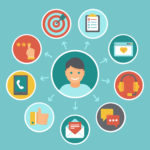 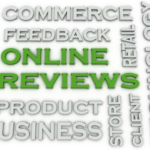 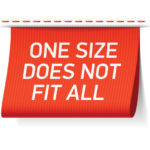 Your Marketing Event: One Size Doesn’t Fit All